No one is talking about gold producers these days. The reason behind this is both simple and apparent: gold bullion prices have declined.

As a result, gold producers are facing pressures. Pessimism towards gold producers is very high; some are even calling them the worst investment to hold in your portfolio.

Just look at the chart below of the Market Vectors Gold Miners ETF (NYSEArca/GDX), an exchange-traded fund (ETF) that tracks the performance of well-known gold producers. This ETF has lost more than half of its value since 2012, with a majority of the losses coming in 2013. So why would an investor want to buy this ETF? After all, no one wants to catch a falling knife.

Well, the drop in gold bullion prices has caused a significant amount of damage to the gold producers. That said, I wouldn't call them the worst investment—though I am slightly pessimistic about their movement in the short term—and continue to be bullish in the long run.

You see, in the short run, companies producing gold bullion or looking for the metal have to make a lot of changes. These changes range from deciding on what kind of reserves in the ground they should exploit to how much they should produce. Gold producers, in the short term, have to make decisions on what to do with their expensive operations, how to cut costs, and how to build up cash positions.

While we are already seeing this happen, I believe more is needed.

The reason I remain bullish on gold producers is because I am bullish on the shiny yellow metal. My reasoning behind this is very simple: gold producers actually provide leverage returns to the gold bullion prices. 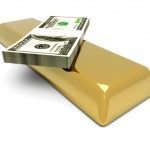 Those who are looking for opportunities in the gold mining sector have to be very careful about what they buy. The first step they should take is to do extensive research on the companies they think are good contenders, making sure about their costs. At the same time, investors also have to make sure that the company's management is willing to work and take action.

Investors who already own gold producers and are not seeing much change in their position should consider taking some losses and looking for other companies if they are fixated on having exposure to the sector.

Latest by elections sent a shrill message to our politicians