Despite assurances from analysts, economists, and central bankers, the US economy isn’t faring so well—and the markets are finally beginning to see what we’ve been warning about in these pages all last year.

For sustainable growth, the US economy needs to be reporting consistently strong fiscals. But it isn’t. For starters, the key stock indices, a reflection of the U.S. economy, have extended their sharp January losses. The S&P 500 is down 5.6% year-to-date, the Dow Jones Industrial Average has lost more than seven percent of its value so far this year, the NYSE is down roughly six percent, and the NASDAQ is in the red by four percent.

Why the big losses? That depends on whom you talk to. The Bank of America, without even a hint of a smirk, blames the much colder-than-expected weather for the weak U.S. economy, meaning the U.S. economy and global markets are performing poorly because of a snow storm…

And a record number of Americans rely on food stamps. Interestingly, for the first time ever, working-age Americans make up the majority of recipients. As expected, U.S. consumer confidence unexpectedly declined in January to 80.4 from 82.5 in December.

The ISM Manufacturing Index was forecast to come in at 56.2 in January; down slightly from the 57.0 reading in December. Instead, it came in at 51.3, far below estimates. (A reading over 50.0 indicates expansion, while a reading below indicates contraction.) 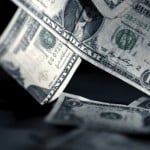 Most recently, U.S. auto sales missed their January expectations. Ford Motor Company (NYSE/F) was forecast to report a year-over-year auto sales gain of 2.3%, but instead, the company posted a year-over-year loss of 7.1%. General Motors Company’s (NYSE/GM) expected 2.5% loss turned into a 12% loss. Toyota Motor Corporation (NYSE/TM) was hoping to report a modest loss of 2.7%, but instead, January auto sales were down 7.2% year-over-year. Chrysler Group LLC surprised to the upside with an eight-percent increase in January auto sales from a projected 5.4% gain. (Source: Ro, S., “Auto Sales Missed Big in January,” Business Insider, February 3, 2014.)

Weather might be one tiny reason why the markets are in the red, but I’ve never known investors to put a month’s worth of weight (and counting) on cold weather in Alabama, Louisiana, and Georgia. The fact of the matter is that the markets are in the red because the U.S. economy is doing poorly and the overvalued stock market is responding in kind.

Wages are flat, consumer sentiment is down, car sales are down, and car delinquencies are up. For a country that gets 70% of its gross domestic product (GDP) from consumer spending, the future looks bleak.

Shoppers make their houses sparkle in time for Christmas entertaining