Why monitoring the health of the population is central to society

Authors from the Department of Epidemiology and Public Health at UCL stress the importance of monitoring health inequalities and why, in a democracy, voters need to know what’s going on “for better or for worse” in an editorial published on bmj.com today.

Michael Marmot and Peter Goldblatt, from the Institute of Health Equity, say that while Britain used to lead the world in having the best data and developing polices to combat health inequalities, this leadership is now under threat.

In a public consultation, the Office for National Statistics (ONS) has indicated that it is considering “dropping or reducing” some data and analyses in order to make savings. They are considering “cutting back both on the data it collects and the analyses that it produces”. Marmot and Goldblatt say this undermines their key recommendation of “monitoring health inequalities and their determinants”.

They say that understanding of infant mortality by ethnicity, class or gestational age would be ‘curtailed’ and it would be more difficult to monitor “excess winter deaths and the impact of fuel poverty […] and various measures of health system performance”. 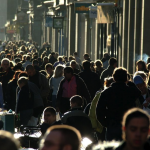 They say the “damage would be considerable” and that a “central feature of democracy is we know what is going on in good times and in bad” – something that Britain can be proud of. They add that documentation of “the scale of health inequalities” is vital.

Not monitoring health inequalities include being unable to assess the effect of government policies over time or ensure that the reduction of inequalities continues to be “subject to independent scrutiny”.

They conclude that reduction in health inequalities should be taken seriously “in order to achieve better health for the whole population” and that monitoring this “is central to that societal aim”.