Why the Marking Boycott is in the Student Interest

By Bradley Allsop of The Young Greens

Ah, the greedy lecturers are after more pay again, united under their selfish and out of touch UCU.

As if cancelling our lectures wasn't enough, now they want to withhold our grades as well! How dare they, when we pay close to £9000 a year! Thus goes the embittered grumblings of a university student now with marking boycotts from April 28th onwards being announced by the UCU recently. Students are rightly angered by the state of their education, but let’s look into the assumptions behind this way of approaching the marking boycott and union strikes.

• Greedy lecturers – Is it greedy to want to be paid fairly for a demanding and incredibly important job? Lecturers are facing a 1% increase to their wages for the fourth year, which when inflation is taken into account is actually a 13% decrease overall. This argument also assumes that pay is the only issue the UCU have- it's not. They are highlighting a whole range of issues of which pay is only one (and to the many I have spoken to it is not even the most important). They are also complaining about the work load that's been heaped upon them (at the same time as declining wages), the ever increasing trend towards universities being run like businesses, and poor staffing levels (resulting in longer feedback time and larger, less productive seminar groups).

• A selfish and out of touch UCU – What lecturers are complaining about are what I hear my fellow students complain about as well. How many of you have complained about contact hours? About getting your value for money? About feedback turn around? The lecturers being lazy and greedy aren't the cause of this, the work load, lack of resources, and demoralising nature of Higher Education are the causes. Help them and you'll be helping yourself as well. These for the most part are individuals who have gone into teaching and research because they have a passion for their subject and want to share their passion with others. They're not after riches or luxury- they just want to be treated well enough to be able to share that passion with us.

• Cancelling lectures and boycotting marks – Yes, these negatively impact students, but what's the impact of them doing nothing? Our lecturers (front line experts in their field and in teaching) have very real and legitimate concerns over the future of Higher Education. They're a union- the only power they have if they're not being listened to is to withhold their labour. They are causing some slight pain to our student body to help save us from a far worse one.

• We pay a lot of money to be here – We most certainly do, and I'd be the first to argue that we do not get our moneys worth- but is that the fault of the lecturers? The industry as a whole has a billion dollar surplus and has heaped more money on Vice Chancellors- that's where your money is going, not on front line staff.

These are your lecturers, many of whom you know well and get on with, who you know will go out of their way to help and support you- before you dismiss them as greedy or selfish, put a face to them first.

I was very sceptical of the UCU at first, and wasted no time in telling my lecturers that- but then I actually took the time to listen to their arguments. Now I'm convinced that their fight is our fight, that by supporting them we are fighting for a better future for all of us. Here are some of the concerns they've talked to me about (all of these are direct quotes from lecturers I've spoken to but for obvious reasons wish to remain anonymous):

"workload models here (and at many other places) allow 1 hour of preparation for each hour of lecturing. Even updating old lecture material takes considerably longer than that, because it usually involves looking at recent developments in the relevant literature as well as reviewing and updating the materials." 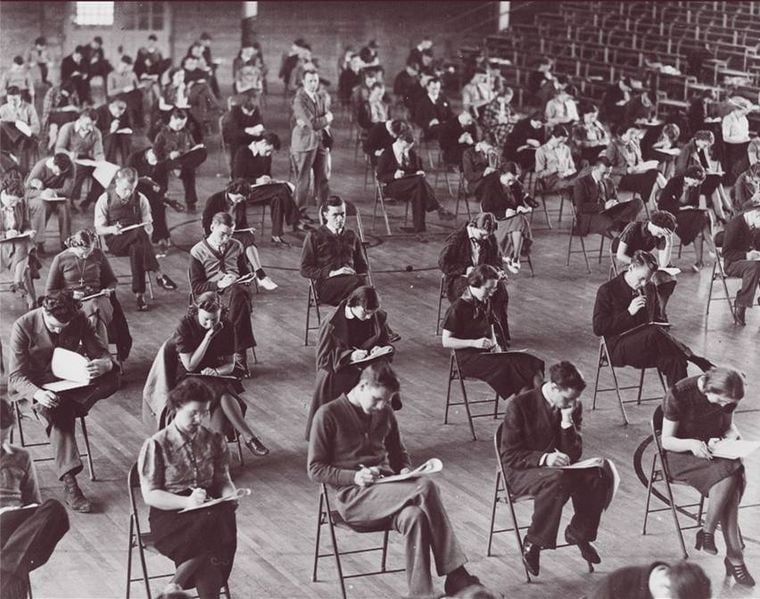 "career-grade academics (top of senior lecturer here; top of lecturer at old universities) earned 2.5 times the national average wage when he started as an academic.  They had tenure and small seminar groups were taught by the regular academic staff.  Today this same grade earns less than 1.5 times the national average wage, we do not have tenure and so can be fired for disagreeing with university management, and students' seminars (when they have them) are large groups of 20 or more, usually taught by PhD students."

"Universities are acting like they are profit-making companies — but they should not be profit making companies! They provide an increasingly needed public service.  The fees they collect should be used to enhance students' education, not to line the pockets of property developers, privileged-partner vendors, or university administrators."

These are the things the Green Party are pushing for, the only party seriously trying to fix the problems Higher Education currently faces:

• Will you publish the ratio between your highest and lowest paid worker?

• Will you commit to working towards a 1:10 ratio on campus?

• Will you pledge to pay directly employed workers the living wage?

• Will you ensure your contractors pay their workers the living wage?

• Will you publish the pay of vice chancellors and senior management?

So let’s support the Young Greens and lecturers everywhere in fighting for fairer campus’, that are attractive and enjoyable places to work for students and staff alike. Happy, motivated staff will be more effective teachers – it’s as simple as that. If we have to go through a marking boycott to get that to happen, then so be it.

Harriet writes to the PM