Based on the record stock market highs in September and the lack of a follow-through, the stock market looks somewhat exhausted at this time. This is not to say that the upside potential for the remainder of the year is gone, but I do believe it is fairly limited, given the advance so far.

As we soon move into the fourth quarter, I expect the investment climate will get a whole lot more interesting, especially in the month of October.

At this juncture, I’m feeling cautious towards the stock market. Like many other traders and investors, I don’t like it when there are so many uncertainties waiting to be addressed.

In fact, the third-quarter earnings season makes me nervous. (Read “How Easy Money Is Hiding the Real Problems in Corporate America.”). Based on the gross domestic product (GDP) growth and the Federal Reserve’s recent announcement to continue buying bonds, you have to wonder how corporate America will not be impacted.

As I have said numerous times in the past, the four-year rally from the March 2009 lows was largely pushed higher by the Fed’s quantitative easing, not solely on economic or corporate results. The economy is clearly better off now than it was in 2008, but the country is also straddled with a massive national debt that needs to be resolved, which is why we could see a forced government shutdown in a few weeks if the two parties cannot agree on a resolution by the October 1 debt limit deadline. We have nearly $17.0 trillion in debt that needs to be dealt with.

The Fed also needs to get its act together and begin the tapering process; it needs to start weakening the stock market’s current dependency on the easy money. The problem is that the next Fed chairman will likely be Janet Yellen, a carbon copy of Ben Bernanke, so that’s good news for the stock market but not for the country’s debt situation. 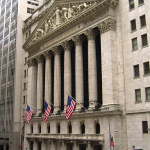 And while tensions in the Middle East are concerning, I really hope they settle down so that the U.S. can at least save some money by not deploying its $1.0-million-a-pop missiles. There are 50 million people on food stamps in this country that could use that financial help.

So as you can see, America is not on a clear path and things could get a lot more interesting in the quarters ahead for the stock market.

With the Dow Jones Industrial Average down over two percent from its high, you can trade this market. But in my view, it’s best to wait for the stock market to be down by more than five percent before considering adding positions. So, if you tend to hold positions for longer than a few months, then I think there will be an opportunity coming on the horizon. Near-term, I’d approach this market with a lot of caution.

Iceland and Greece under the cosh