Jane Goodall’s concern for the welfare of Non-Human Primates (NHPs), in her email to Air France (The Economic Voice May 12th) whilst laudable, fails to recognise current realities. The Cynomolgus Macaque is recognized as a highly invasive species. It seriously undermines and destroys biodiversity ecosystems where it lives, particularly in the ecosystem of small islands like Mauritius.

Environmental management professionals have long recognised the Cynomolgus Macaque as a predator affecting the survival of endemic species, "Endangered species like the Pink Pigeon, the Echo Parakeet and Kestrel are regular victims of monkeys. Their impact on our forests is disastrous," said Mr. Vikash Tattayah, Mauritian Wildlife Foundation Conservation Manager.  (Quoted in Neville J. Kemp and John Burke Burnett , 2003; Final Report: A biodiversity risk assessment and recommendations for risk management of Long-tailed Macaques (Macaca fascicularis) in New Guinea). That said, today the vast majority of animals who are used in bio-medical research in the EU and the US are no longer caught wild, but come from closed breeding colonies which must abide by international regulations.

Goodall also unhelpfully ignores the fact that primates have been essential in many important medical advances; for example the polio vaccine, life support systems for premature babies and deep brain stimulation for Parkinson’s Disease.  Currently the main areas of primate study are infectious diseases, for example, to develop vaccines and treatments for HIV/AIDS and malaria; in neuroscience to better understand the brain and treat conditions ranging from Alzheimer’s disease to schizophrenia; and in reproduction, fertility and foetal research. They are also used in safety testing new medicines and vaccines. 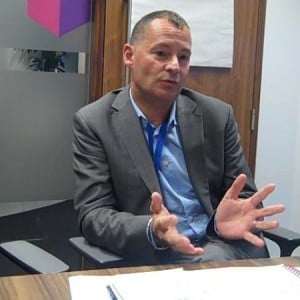 Research Primates are used in a small number of essential studies where other animal models do not reflect a particular human biochemical or metabolic pathway to a sufficient degree. For example atherosclerosis, osteoporosis and hypertension naturally occur in primates, which make them ideal animal models for those diseases. The use of primates, more so than other animals, occurs only when there is no alternative and is subject to careful regulation.

But for a moment let’s imagine that the campaign to stop airlines from transporting research primates had taken place say 30 years ago; that it had been successful in the 1980’s in halting the transport of primates and research. What discoveries, what advances in scientific understanding that involved from research involving NHPs over the past 30 years would we not have today?  Here are two examples:

Parkinson’s Disease: Research using NHPs has been critical to developing life-changing treatment for Parkinson’s disease. Dopaminergic therapies and deep brain stimulation (DBS) to reduce tremor, a therapy which has proved effective at suppressing symptoms and dramatically improving the quality of life for sufferers, was as a result of research using macaque monkeys.

HIV/AIDS: The use of NHPs has been invaluable in HIV and AIDS research, allowing significant progress in understanding the virus transmission and pathogenesis; modelling prevention, vaccines and treatment; and developing functional care methods. The introduction of the antiretroviral therapy (ART), developed using NHP models, has dramatically reduced the morbidity and mortality of those infected with HIV. The continued use of NHP’s will be instrumental in the work towards a vaccine that can reliably prevent virus acquisition.

If all airlines had taken the decision in the 1980’s that PETA and the BUAV are trying to force Air France to do now, then our quest to understand and treat deadly infections and crippling diseases would have been set back decades.

Insights into human disease may be obtained from other animals but studies using primates are especially valuable. That said, NHPs are used in relatively small numbers. In 2012, 2,186 NHPs were used in UK research. That accounted for less than 0.1% of all animal procedures conducted within the UK. The latest figures from the EU reveal that 0.05% of all animal use in the EU involved primates. Though research involving primates remains rare, it is of essential use.

The European Life Sciences Sector is fully committed to the 3Rs principles; replacement, reduction and refinement. We actively seek opportunities to replace animal studies with alternative methods, to design studies that enable us to reduce the number of animals needed to obtain a scientifically valid result, and to refine studies to cause least pain and distress to the animals involved. This has already had a significant reduction in the numbers of animals used in recent years.

It is to Air France’s credit that they continue to transport NHPs for bio-medical research into the EU and the US. If campaigners are successful in ending the transportation of NHPs this may have significant implications on the transportation of all other research animals. In 2012 the ferry company Stena Line announced that it would no longer transport laboratory animals (essentially mice, rabbits, hamsters and rats) to the UK, thereby closing the last commercial sea route. This was compounded by the decision of both Virgin Atlantic and British Airways to join the list of airlines refusing their services. The scientific community in the UK is quickly running out of options to transport research animals.

Global biomedical research is reliant on the air transportation of research animals. Primates have played a crucial role in many significant advances in modern medicine. If we want this to continue, we need to Keep Research Flying.