Why we should feel sorry for (some) bankers

The LIBOR-fixing scandal currently unfolding messily in public is the latest in a long line of self-inflicted wounds by the banking sector. Not being content with massively over-leveraging themselves in the pursuit of paper profits that would pay huge bonuses, the banks were then forced to rely on taxpayer support during the ensuing crisis. Even Barclays, which avoided direct recapitalisation, benefitted from state guarantee schemes, let alone implicit support. Throughout all of the past five years, some traders in all banks have continued to receive bonuses that other people might frankly be ashamed of. And all the while there is continuous evidence that juvenile, laddish culture continues to persist on trading floors throughout the City. To everyone else struggling to cope with falling real incomes and higher joblessness, investment banking must really look like a parallel universe.

The bigger question, perhaps, is why we let them get away with it. In part, this is what the recent recommendations from the Independent Commission in Banking (ICB) were all about. The ICB stopped short of calling for a complete separation of retail and investment banking, but in reality most people would accept that the two are very different. Throughout the country small businessmen continue to rely on bank funding, and many still value the relationships they have managed to establish with the bank managers that provide the lifeblood for their business (although these relationships are fewer than in the past). Regular current account holders and savers also continue to rely on counter services and ATMs for everyday life. The Barclays on your high street feels very different from a Barclays where traders promise each other champagne for lying about funding costs.

This suggests that there is an obvious split that can be made – culturally and operationally. While the two are still joined at the hip, however, shareholders and depositors can exert influence. The former may be prepared to put up with Bollinger if traders deliver substantial profits and dividends – but the latter do not have to. If Barclays customers decided en masse to move to a bank that was less tied to a culture of excess and greed, the company would soon sit up and take notice.

The fact that we don’t move speaks volumes. Even for ordinary deposit holders, who may not be aware that they are typically the cheapest source of funding that a bank can find, the perceived costs of moving banks looks too high. If the government really wanted to do something to change the culture at Barclays and other ‘universal’ banks, it would make it a lot easier for customers to move – both in terms of process and practical steps, but also via a proper bank-funded guidance service for customers.

At the extreme, this could lead to Barclays splitting into two entities – something I am personally leaning towards. I don’t think it’s fair that my local bank manager can be tarred with the same brush as someone who earns far more money and behaves far more disgracefully. If the casino part of the business then wants to keep on behaving in the same reprehensible manner with the same culture, then fine – the government can raise substantial tax revenues from the successful firms, and the unsuccessful ones will go bust.

Such a split could even turn out to be very positive for the economy. If retail banks were free to fulfil their proper role – channelling savings and deposits to businesses that need funding – they could help fuel the recovery. If the government imposed a large charge on the investment banking part of the split entity – either to compensate for non-performing assets, or simply by lumping bad securities on them – we could even clean up retail bank balance sheets in the process.

But this probably won’t happen. It is very obvious that George Osborne, for one, is far more interested in accusing Balls or Milliband than in actually fixing the banking system, or the economy for that matter. But it is increasingly apparent that the status quo should not be allowed to continue. Apart from anything else, it is just not fair on the thousands of ordinary bankers who are not to blame for the position their firms have ended up in. These bankers, at least, are worth feeling sorry for. 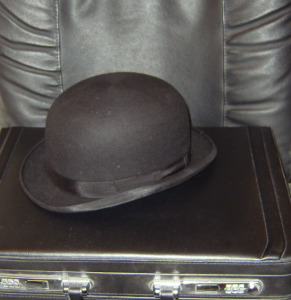