Will 2016 be the year that the high street vape shop runs out of puff?

The 8,000 vaping shops on the British high street may vanish — in a puff of vapour —  just as suddenly as they appeared. A little-known piece of EU legislation, the Tobacco Products Directive (TPD), will regulate the sale and marketing of e-cigarettes much more strictly than current laws stipulate. Small business owners worry that the proposed changes will make their products less attractive to customers and that this means the beginning of the end for their business.

The stated aim of the TPD is to facilitate free trade in Europe, though the language sometimes strays suspiciously close to a public health debate. E-cigarettes do not contain tobacco, but they have been included in an amendment to the TPD, article 20, because they contain nicotine and because “their long-term health effects are not known”.

It has been estimated that 40,000 UK jobs are either directly or indirectly connected to the e-cigarette industry, and these jobs could be at risk when the TPD is enforced come May 2016. Vaping businesses are rightly worried that their customers will return to smoking conventional tobacco products if they cannot buy their favourite e-cigarettes. 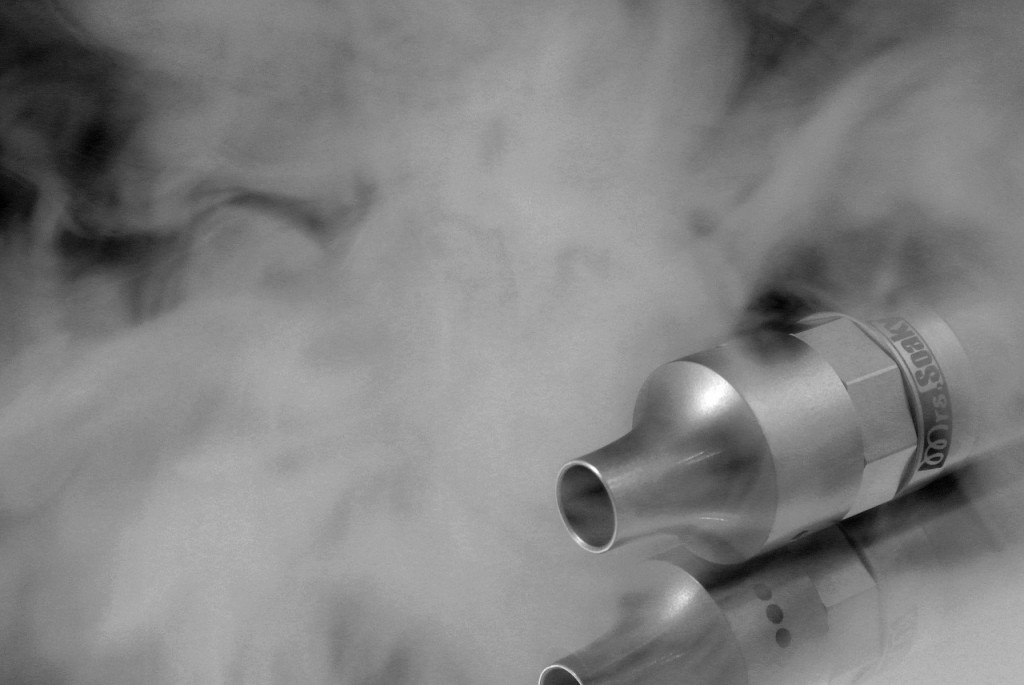 Some regulation of e-cigarettes is necessary to protect consumers and keep substandard protects off the market. But the regulation of e-cigarettes represents a delicate dilemma. Too little regulation and we could see dangerous products on the shelves. Too much regulation and we exacerbate a public health crisis by effectively incentivising vapers to return to smoking conventional tobacco products. We may not know for certain the dangers of vaping, but we do know for certain that they are less than the dangers presented by old-fashioned smoking. Instead of handling this dilemma delicately and sensitively, the EU Commission has with typical central-mindedness opted to throw the baby out with the bathwater. But why?

The key to understanding how and why regulations like these come into existence is to examine the relationship between big tobacco companies and the e-cigarette market. While Big Tobacco has invested heavily in e-cigarettes and identified them as a way to sidestep growing regulatory pressures, they underestimated both how quickly e-cigarettes would become popular and the speed of innovation. As a result, while the major tobacco companies own, manufacture and sell the majority of the early first-generation e-cigarettes, known as cigalikes, they are significantly behind when it comes to the sale of second-generation models.

Second-generation e-cigarettes and vaporizers enable a more sophisticated vaping experience by expanding the tank size and upgrading the battery. These modifications, known as mods, no longer resemble cigarettes and instead have a box-shaped appearance. These box-mods allow the user to buy e-liquids individually rather than having to buy a brand-specific refill cartridge and have become favourites with vapers and bestsellers for the high street vape stores.

The TPD clearly places more restrictions on the ‘second-generation’ style e-cigarettes, while letting the first-generation e-cigarettes off lightly. For instance, the ban on tank sizes of greater than 2ml is of no worry to cigalike manufacturers as their models don’t use tanks. The restrictions on e-liquids, of which there are many, likewise don’t effect cigalike manufacturers who use specific refillable cartridges instead.

It’s also worth remembering that users of cigalikes are less likely to quit smoking than those that use second-generation models. Due to the TPD, e-liquids will legally be required to contain less than 2% nicotine. This restriction on nicotine will undoubtedly mean that e-cigarettes will be much less attractive to the group that stands to benefit from them the most: heavy smokers. The proposed process for registering a new vaping product is so expensive that 99% of small businesses will be priced out of the game immediately — but is a sum that big tobacco companies will gladly pay to narrow the playing field.

Many of the requirements within the TPD are not supported by any discernable medical evidence. To suggest that a 10ml bottle of e-liquid is safe, but that a 10.5ml bottle is somehow hazardous is, of course, absurd. It’s true that e-liquid can be harmful if ingested by children but so is bleach, and we sensibly solve that problem with tamper-proof caps rather than 10ml bleach bottles.

It isn’t so much of a stretch to suggest that the influence of big tobacco companies is being felt in the way that the laws are being written — they’ve done it before. In the US, RJ Reynolds Tobacco Company openly lobbied the FDA to restrict the ‘open vapor systems’ which are their competitors while simultaneously selling their own e-cigarettes through Vuse Vapor, one of the US’ largest e-cigarette brands.

To think that tobacco companies wouldn’t try a similar stunt in Europe is not just naive, it’s incorrect. The European Commission has been lobbied by representatives of big tobacco, but unlike the lobbying to the FDA, which we have on the record, the European Commission was lobbied in secret. We don’t know how many times they met, what they talked about, or what agreements were made. We are due to hear the European Commission explain what has been happening by the 31st of December, but as usual, it will be difficult to hold them to account.

By Pascal Culverhouse of the Electric Tobacconist.co.uk and .com