Will the ECB make a difference?

Mario Draghi has arguably the hardest job in economics. Central bank governors are generally unappreciated when they do their job well, or are even attacked by politicians when they exhibit the independence that  is often needed. When things go wrong, they cop flak from all quarters. Unlike Mark Carney or Janet Yellen, however, Draghi has not one government but 18 different sets of national politicians to respond to (19 when Lithuania joins next year). And concerns about the gap between London and the rest of the UK pale into insignificance compared with the different economic trajectories within the single currency zone.

For the most part, though, Draghi has done a good job. The ECB responded to the crisis by following Bernanke’s playbook, focusing on liquidity provision to banks given the critical role they play in the euro area economy. His comment to do ‘whatever it takes’ to preserve the euro remains the defining policy action of the recent crisis. After trying incredibly hard to get the head of the German central bank on board with a plan to help struggling governments, he then took the difficult decision to proceed anyway without him (other heads were all in favour). The resulting ‘Outright Monetary Transaction’ (OMT) programme has never actually been used; but its mere existence helped calm market jitters.

Now, though, Draghi faces a new challenge. The ECB’s official target is for annual inflation of below, but close to 2%. But CPI inflation has now fallen back to just 0.5% in May – the last time it was lower was 2009 – well below the target. With peripheral economies still adjusting to the crisis, in particular seeing painful cuts in real wages and high unemployment, the spectre of euro-wide deflation is looming large on the horizon.

Faced with these downside price risks, and a still sluggish recovery in the economy as a whole, the natural response of the central bank would be to inject more monetary stimulus. The problem is that the ECB has more or less run out of room with its existing measures. The official refinancing rate already stands at just 0.25%, only just above zero. And the ECB has already undergone substantial liquidity operations, offering banks potentially unlimited cash in its long-term refinancing operations (LTROs). Those were pretty successful at helping banks cope during the peak of the crisis; but now several banks have made early repayments, keen to stand on their own two feet now that market conditions have eased.

So the ECB will have to try something new: the question is what. Full-blown quantitative easing – outright purchases of financial securities – remains problematic. There is likely to be continued German political resistance to buying government bonds; and even if that was overcome, the impact on yields may not be especially pronounced, relative to the declines already seen since the ‘whatever it takes’ comment. If the ECB bought private assets, it could have more impact on asset prices and yields; but its previous experience with buying covered bonds demonstrates that the lasting impact could still be small. Furthermore, it is unclear whether the ECB would be willing to take on the risk associated with other private securities, such as securitized loans, given that it lacks a formal backstop agreement from European Treasuries (unlike the Fed or Bank of England). 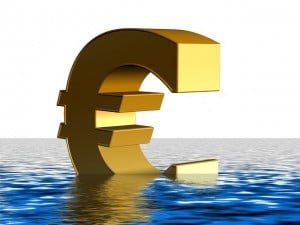 The ECB could opt for further liquidity provision. But, instead of offering unlimited liquidity, it could implement something like the UK’s ‘Funding for Lending’ scheme – giving banks cheaper cash on condition that they lend it on to households and particularly businesses. However, given that banks have already been paying back ridiculously cheap liquidity, this may have little impact.

Perhaps the most radical thing the ECB could do would be to cut interest rates again – and in particular make the deposit rate negative. This would mean that banks lost money if they deposited excess cash with the ECB, in theory encouraging them to lend it out instead. But such a move may be difficult to enforce – banks could just hold onto their cash, rather than incur the ECB’s charges. More generally, negative deposit rates could have a dramatic impact on retail banks throughout the euro area – the Bank of England has deliberately kept Bank Rate at 0.5% for that reason. But negative rates could also serve to significantly weaken the euro, as banks place cash elsewhere; and while he would never publicly admit it, Draghi would welcome a fall in the exchange rate, despite its temporary impact.

All eyes are now on Thursday’s Governing Council meeting, and the press conference that follows. Draghi has been bold before; but with his options now constrained, it remains to be seen what difference the ECB can make this time around.