In the aftermath of the Italian elections, economists and politicians are busy trying to read the tea leaves to get a handle on what’s next for the euro area’s third largest economy. With comedian Beppe Grillo’s party winning the single largest share of the vote, and Berlusconi’s right-wing coalition staging a remarkable comeback, the much hoped-for victory of the centre-left did not materialise. Pier Luigi Bersani, who had seemed inked in as the next Prime Minister for some time, now faces the dubious prospect of leading some form of minority government.

One of the most striking results was that Mario Monti, who had previously served as a technocratic Prime Minister at the behest of the President, only picked up around 10% of the vote. This was as clear a rejection of austerity and a damning indictment of Monti’s performance.

Some may claim that judgement seems a little harsh. After all, Monti did hold the country together for a while, and – at the start of his term – at least tried to push through some reforms. But his measures were nowhere near bold enough to kick-start the economy, which has continued to shrink. The 0.9% quarterly decline in GDP at the end of last year is a clear sign that conditions remain dire.

So what happens now? Regardless of the eventual outcome from the political wrangling, whoever governs Italy is very unlikely to opt for further austerity. To some degree, Italy has a bit of breathing space – its deficit, after all, is much lower than that of Spain or Ireland (or even the UK). The problem is that Italy has a large overall stock of debt – and it is difficult to persuade investors to refinance that without some economic growth.

This suggests to me that the risks of euro area break-up may be significantly higher than many assume. Over the past three years, most of the focus has been on Greece, ever since we found out they had been cooking the books. The debate has ranged from whether Greece deserved help, to whether the single currency could survive it leaving, to the best way to help it out. But, ultimately, Greece is a small country in the euro, only 2% of GDP. That meant it could be pressured into accepting painful measures; and that the rest of the euro area could afford to fund it.

Italy is different. The old joke about fiscal policy was that people would keep buying government bonds as long as tax returns weren’t enforced too rigorously. With Monti having tried to close some loopholes (albeit not very successfully), that old bargain could now be broken. In essence, the Italian people have voted to stop austerity and, by extension, perhaps reconsider an even older view of fiscal policy: the ability of the government to fund itself via money creation, rather than borrowing. 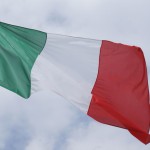 The substitutability of debt and money, from a government’s perspective, has a long tradition in economic thought and modelling. Yet, particularly following the experience of Germany between the World Wars, it has a bad name. Left uncontrolled, outright monetary financing can lead to runaway inflation.

I find myself wondering, though, how concerned the Italian people would be by such an outcome. Yes, inflation erodes the nominal value of savings – but it also erodes debts. Higher inflation also reduces real interest rates, spurring growth. And, given the long grinding recession Italy is stuck in, a bit of inflation – probably accompanied by a bit of growth, at least in the short term – might seem a better prospect than the status quo. There is one problem with this train of thought. Italy, like all other euro members, signed away their monetary policy powers when they joined the euro, and primary deficit financing is illegal under the Lisbon Treaty. I seriously wonder, though, whether the Italians would really let that stand in their way once they had made up their minds, even if it meant leaving the euro. As Brussels knows all too well, pressuring Greece is very different from bullying Italy. Germany and the ECB could soon have a much bigger problem on their hands.

US growth remains on track with moderate inflation returning