Mike Prentis, portfolio manager, BlackRock Smaller Companies and The Throgmorton Trust, said: “We see the prospects for UK small and midcaps as being attractive over the next few years. Data compiled by Hoare Govett, and more recently Numis, shows that share prices of UK small and midcap companies have handsomely outperformed their larger counterparts over the long-term. Furthermore these companies tend to do well as economies come out of recession and growth starts to accelerate; we believe we are at this stage now.”

Looking for quality and growth

Neil Hermon, Fund Manager, Henderson Smaller Companies, said: “I place a great deal of importance on the quality and consistency of the stocks I buy. In my view the best quality stocks are concentrated in the FTSE 250 area of the market – hence my mid-cap focus. Also, when running a large trust, it is very important that the underlying stocks have a good level of liquidity. Once again, by hunting in the mid-cap area of the market, we are able to achieve this. We remain disciplined in our pursuit for quality and I would expect many of these stocks to grow into large-sized companies in the coming years.”

Mike Prentis, portfolio manager, BlackRock Smaller Companies and The Throgmorton Trust, said: “We expect investors will want to own quality growth stocks in 2013; in 2012 this was not always the case with many lowly valued, but also low growth, companies seeing stronger share price appreciation than many growth companies.”

Ed Beal, manager of Dunedin Smaller Companies, said: “Increasingly, more smaller companies are recognising the importance of returning cash to shareholders via dividends offering investors the opportunity to diversify their sources of income. However, given the share price performance of the sector in recent months we may see a period of consolidation particularly if further problems arise in Europe and the US in terms of public finances. That said, longer term UK smaller companies offer investors both the opportunity for capital growth but also importantly income.”

Mike Prentis, portfolio manager, BlackRock Smaller Companies and The Throgmorton Trust, said: “Of course many UK listed smaller companies are genuinely international, operating and selling worldwide. We expect that economic growth will be higher in the Americas, Asia Pacific and other Emerging Markets over the next few years and therefore companies selling into these regions benefit from a tailwind.”

Ed Beal, manager of Dunedin Smaller Companies, said: “The financial strength and potential of many smaller companies is in stark contrast to the huge level of public sector debt and the anaemic economic growth outlook. Whilst the structural problems of the UK economy will take some years to resolve, many smaller companies will continue to expand due to the quality of their management, sound balance sheets and exposure to overseas markets.”

Mike Prentis, portfolio manager, BlackRock Smaller Companies and The Throgmorton Trust, said: “Looking forward the challenge will be to achieve growth in a relatively slowly growing world economy. The companies that can achieve this will see their share prices do well. There are many UK listed smaller companies that fall into this categorisation: vibrant companies run by strong managements focussed mainly on organic growth, often with world leading products or services sold at good margins and generating attractive cash flows. These are the companies we like to invest in. We expect 2013 will also see a recovery in mergers and acquisitions activity, and that some overseas based corporates will use part of their substantial cash resources to bid for the quality smaller companies you can find listed in the UK.” 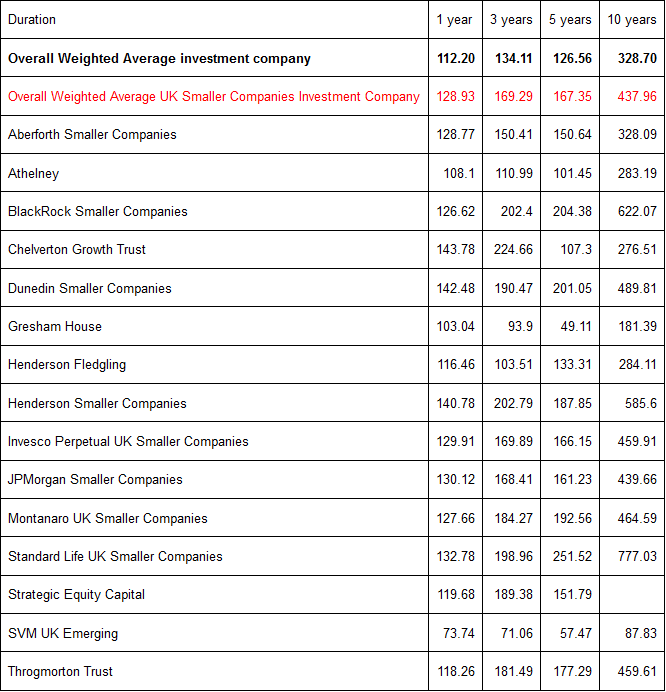 ActionAid: Barclays Must Stop Promoting the Use of Tax havens in Africa