Petroplus, which owns the UK’s largest refinery, has said it will file for bankruptcy after failing to agree a deal with its creditors.

This has led to fears of a petrol shortage in the South East and comes on the same day as a haulage driver walkout over pay and conditions, which will affect ConocoPhillips the company the drivers are contracted to.

And don’t of course forget the tensions arising in the Strait of Hormuz.

Richard Howitt, the East of England MEP, quoted in the Guardian told Radio 5 Live that "Supplies across London and the south-east could be affected, and I have been told this could impact the Olympics." No scaremongering there then.

The Coryton refinery, which was shut down with ‘immediate effect’ supplies some 10% of the UK’s fuel, mainly focussed in the South East.

There is also the matter of the 900 jobs that are now at risk.

The Chief Executive of the Swiss owned Petroplus, Jean-Paul Vettier, said in a statement “It is unfortunate to have reached the point where the Executive Committee and Board of Directors have to inform our employees, shareholders, bondholders and other stakeholders about these circumstances. We have worked hard to avoid this outcome, but were ultimately not able to come to an agreement with our lenders to resolve these issues given the very tight and difficult European credit and refining markets. We are fully aware of the impact that this will have on our workforce, their families and the communities where we have operated our businesses.”

However, before everyone rushes out to top up the car and every fuel receptacle they can so exacerbating the situation, the government has said that it is confident that supplies will be maintained. 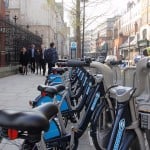 Quoted in the Telegraph “A Department of Energy and Climate Change spokesman said the government was "confident" that there would be no disruption to petrol stations.

"The refinery remains operational," he said. "We understand that a process is underway to put in place the necessary commercial arrangements to deliver product into the market.

"Companies have already made alternative arrangements to ensure adequate supply of products are available while these commercial arrangements are being put in place."

The government has spoken, so doesn’t that make you feel better already? Now, where did I put that bicycle ……… .

Image by Ollios (Own work) [CC-BY-SA-3.0], via Wikimedia Commons

Lithium Market Set To Explode – All Eyes Are On Nevada

Business is not the Enemy – CBI President Sir Mike Rake