A consultation document, 'Getting it Right for Victims and Witnesses' published by the Lord Chancellor, Kenneth Clarke, lays out a wide range of proposals some of which will only apply to England and Wales. The proposed cutbacks to compensation claims will however apply to Scotland.

The scheme currently works on a tariff basis. One of the proposals is to remove the first five tariff bandings ranging from Â£1000 to Â£2000 and to reduce the next seven tariffs by between 24 per cent and 60 per cent with only the highest remaining 12 bands being left unchanged.

The effect of removing the first five tariffs and cutting the next seven would be to remove or reduce compensation to a significant proportion of otherwise eligible victims.

Equally, there are proposals to cap compensation recoverable for loss of earnings, meaning someone seriously injured may suffer a significant reduction in the compensation they can recover if they lose earnings or earning capacity.

The most serious band to face reduced payments is band 12, which covers brain injuries, including minor brain damage, well-controlled epilepsy and permanent disabling fractures. The latest data shows there were 1,080 people in 2009/10 who made claims in this band and who would now face a reduced payment of Â£2,000. Under the changes they would now receive Â£6,200 rather than Â£8,200, saving a total of Â£8.7m.

The justice secretary told MPs the changes were needed to make the Â£200m-a-year scheme economically sustainable. He argued that changes would ensure compensation for the most serious crime victims, including the families of those who had been murdered and victims of sexual and physical abuse.

The cuts in compensation under the scheme, which was first set up in 1964, are designed to save between Â£35m and Â£45m a year out of the annual Â£200m budget.

A further Â£50m saving is to be found by increasing the "victim's surcharge" on offenders found guilty with a levy ranging from Â£20 to Â£120 depending on whether the convicted offender is fined or imprisoned.

The Criminal Injuries Compensation Scheme is designed to compensate victims of violent crime who often have no other means of obtaining compensation. These changes will affect a significant proportion of victims, meaning some may no longer be entitled to claim or that the level of compensation they are entitled to is significantly reduced. 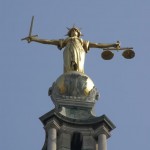 The financial implications of this cut are wide ranging, however it is likely that they will cause further unnecessary distress. Often victims do find themselves in debt, having had to take time off work to recover or returning to work in a different capacity to allow for their injuries A large percentage of people don’t earn enough to be over the threshold for Statutory Sick Pay, while those that do qualify would usually see a large reduction in their earnings. Compounding innocent victims’ suffering by increasing the amount of financial worries they have may be a serious issue for many; the payments are not generous at the present but will allow a little bit of financial breathing room, as well as providing closure in many cases. For many, criminal injuries’ compensation is the difference between getting by and destitution in the aftermath of a violent crime.