Ukraine is on the brink of committing economic suicide after imposing a crippling 55 percent tax on private gas producers, while parliament prepares to vote on next year's budget, which aims for a continuation of the same.

The Oct. 14 budget vote—which is already a month late—is a major condition for Ukraine's next credit tranche from the European Union, but if the 2015 budget goes through as proposed, it will decimate independent gas production, remove any potential for Ukrainian energy independence and deal a further blow to the already struggling economy.

"Kiev's attempt at fiscal discipline to fund the war effort in the east and stave off an economic crisis is not working, and the end result is going to be economic suicide," Robert Bensh, majority shareholder of Cub Energy, Ukraine's fourth-largest independent gas producer, told Oilprice.com from Kiev. 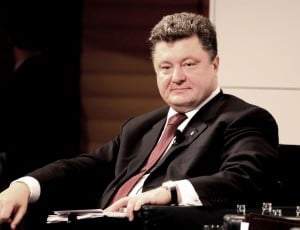 Ukrainian President Petro Poroshenko signed off on the new tax code on Aug. 1, which effectively doubles the tax private gas producers in Ukraine will have to pay, calling into question any new investment, as well as commitment, by key producers already operating in the country.

For now, the new code will remain in force until the end of this year, during which time private gas drillers will be required to pay 55 percent of their subsoil revenue for extracting under five kilometers. This is up from 28 percent. Additionally, for any extraction beyond five kilometers, the tax will be 28 percent, up from 15 percent.

Despite strong lobbying efforts, the interim government plans to continue the new tax regime for next year, if it approves the budget.

The dire economic situation ahead of the Oct. 26 elections is accompanied by a growing sense of pessimism internationally.

"The one group missing is reformers—the leaders who understand that you should not favor short-term relief measures over long-term economic development," he added.

Bensh said the outlook is dismal. "The gas tax isn't going to generate material tax revenues for the state. Ukrainians realize this isn't a revenue-generating issue; it's an energy security issue. Kiev is discouraging investment in the independent sector and destroying any chance for Ukraine to have any semblance of energy independence from Russia."

JKX Oil & Gas Plc, another private producer, said earlier this month it would substantially reduce its capital expenditure to offset the impact of higher production taxes.

JKX said the rise would cost it an estimated $10 million, with the cost to be covered by slashing spending in the country by 25 percent.

With a gas tax on private producers, Russia wins. "It's the economy, not the Russian army, that has brought Ukraine close to the brink," notes Business Insider's Walter Kurtz.

Beyond this, there will be reverberations across sectors, as the gas tax scares away foreign direct investment in general.

Meanwhile, not just international donors have lost confidence in Kiev's economic policy — domestic depositors have, as well, and are rushing to convert their holdings into dollars. The National Bank has been forced to print more money, further exacerbating the devaluation, and the government might find itself soon enough bailing out the banks with budget money it doesn't have.

As elections approach, Western skepticism over Ukraine is growing, with the general consensus that Ukraine will not pursue any real reforms, nor will it be able to accept any aid without seeing it disappear through the cracks of corruption.

President Poroshenko's stated goals to rebuild the economy and make it attractive to outside investors appear overly ambitious at best, and utterly impossible at worst–particularly if the one lifeline to energy independence through private gas production is definitively severed with the October budget vote.

Said Bensh, "Attracting $40 billion in foreign investment and joining the European Union by 2020 is a pipe dream for a country that is holding current investors hostage and making the atmosphere prohibitive for any new investors."