How can it possibly be right that, in the one-size-fits-all EU, a Brit or someone with ’sufficient links’ to the UK living in say Spain, should be paid the UK winter fuel allowance when no-one else in Spain gets it?

Surely, to make everything equal, the UK should be paying this allowance to every pensioner in the Union? Otherwise it is a discriminatory payment.

Either that or it should only be paid to those in the UK with other countries making their own arrangements.

Official figures says UKIP have revealed a near 70 percent surge in winter fuel payments from the Government to pensioners living across Europe last year.

The Department of Work and Pensions paid £21.4 million to over 115,000 ex-pats and pensioners of any nationality who could prove "sufficient links" to Britain in 2012-2013. The grounds for qualifying for the payment were relaxed following a ruling from the European Court of Justice (which of course we have to recognise whilst we are members of the EU).

This huge surge in the amount of people based abroad receiving the winter fuel allowance has been branded as "absurd" by Paul Nuttall, UKIP Deputy Leader.

"Once again the EU puts its nose where it’s not welcome and helps itself to money from the pockets of British taxpayers," said Mr Nuttall, MEP for North West England.

"Paying out £8.8 million to pensioners in Spain and £5.1 million to those in France seems absurd when we have many others facing freezing conditions in the UK who can't afford to heat their homes. 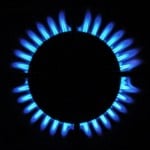 "Once again we hear the Tories complain about the situation but this has gone on with a  Conservative Prime Minister in office."

Personally I will just say that the EU and ECHR will keep putting the noses into these sorts of issues until either:

• The UK leaves the EU

There is no other choice. It is just up to the people of these islands to vote appropriately and then not bleat when they have.