Preliminary findings from new research commissioned by the Department for Work and Pensions provide an insight into the initial effects of the workplace pension reforms. The results point to a substantial increase in pension scheme membership among private sector employees, but also indicate that there are still significant challenges ahead.

The workplace pension reforms require employers to automatically enrol all eligible workers into a workplace pension scheme, unless the worker chooses to opt out. Employers are also required to make a minimum contribution into the scheme. The new duties were introduced for the largest employers in October 2012 and will apply to all sizes of employer by April 2017.

The new report presents the preliminary findings from a nationally representative survey of private sector employers carried out jointly by the National Institute of Economic and Social Research (NIESR) and TNS-BMRB Social Research. The 2013 Employers' Pension Provision survey (EPP 2013), is the tenth in a series of surveys, and the first since the introduction of the workplace pension reforms.

According to the report:

• The percentage of employees who had opted out, or left, a scheme after being automatically enrolled was between 9 and 10 per cent. 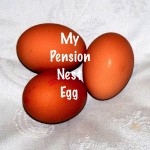 • Overall, the percentage of private sector employees who are members of a pension scheme has increased from 26 per cent in 2011 to 35 per cent in 2013. As this was the first increase in membership for several years, this suggests that the workplace pension reforms have already had some effect.

• Among employers who had not passed their staging date, three-quarters were aware that employers will be required to automatically enrol all eligible employees into a qualifying scheme. Fewer employers (41 per cent) were aware of the minimum requirements regarding contributions.

• Around one tenth (12 per cent) of firms which had not staged already had members in a workplace pension scheme. The majority (59 per cent) of these employers expected to retain their existing scheme for current members once they begin automatic enrolment. However, there is considerable uncertainty among employers who have not yet staged about where they will enrol new members.

Lucy Stokes, co-author of the report, said that:

"The increase in pension scheme membership among private sector employees is a positive sign. However, these preliminary findings also show that there are still significant challenges ahead. Among employers yet to pass their staging dates, many do not currently have a workplace pension scheme in place, and a sizeable proportion are uncertain about their plans. Many of these employers may well need greater support in ensuring they are ready to comply with the reforms."