On 7th June millions across the globe will have the unique opportunity to embark on a guided underwater tour of one of the world's greatest natural wonders, the Great Barrier Reef – all from the comfort of their own homes.

The 7 June 2013 ReefLive event will amaze, delight and educate a global audience through an innovative live broadcast highlighting the importance and vibrancy of our oceans.

The 12-hour interactive broadcast will be hosted by internationally-acclaimed marine biologist and underwater cinematographer Richard Fitzpatrick, who will speak to the audience from underwater at one of his favourite dive sites on the Great Barrier Reef.

In addition to diving the Reef with Richard, the event will also tap into the knowledge of reef experts who range from marine biologists to conservationists.

Facilitating panel discussions between the reef ambassadors on a range of topics will be Steve Liebmann, an acclaimed and experienced Australian broadcaster and passionate advocate for Australia and the Great Barrier Reef.

An initiative of Tourism and Events Queensland, ReefLive is being held in conjunction with World Oceans Day and is an opportunity for those who love adventure, the ocean and nature to get a new perspective of the Great Barrier Reef and learn more about this unique ecosystem.

ReefLive will feature broadcasts from both the underwater reef studio with Richard Fitzpatrick, and a land studio via Google + Hangout. The 'Hangouts' will be broadcast simultaneously on YouTube LIVE via the Tourism and Events Queensland channel (www.YouTube.com/Queensland) and the audience can also interact with the divers and the panel via Twitter using the #reeflive hashtag.

ReefLive diver Richard Fitzpatrick said that the event would show a side of the Great Barrier Reef few people had witnessed, and in turn help them appreciate its unique wonders and the issues it faces.

"Using technology and social media, ReefLive lets people around the world tour the Great Barrier Reef – without leaving their home and without getting wet," Mr Fitzpatrick said.

"They can also ask questions from wherever they are in the world. Through the magic of social media and the broadcast reach, I am hopeful I will be able to inspire people by showing them our Great Barrier Reef and to share some of its amazing secrets. 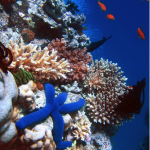 "This is the first time that anyone has attempted a 12 hour live-broadcasted dive, and I am excited to show the world just a snapshot of what is below the water in Queensland, Australia."

Queensland Tourism Industry Council Chief Executive Daniel Gschwind said the ReefLive event had the ability to showcase the outstanding value of the Great Barrier Reef to millions around the world.

"The Queensland tourism industry is strongly united in its commitment to protect, preserve, nurture and manage this wonderful natural resource and to raise awareness of the Great Barrier Reef across the globe."

Speed limit on motorways to be increased to 80 mph

Hayemaker Confirms Next Fight in Pursuit of The World Heavyweight Title