Would we be better off without PR

January is always a busy time for financial markets. When people get back from their Christmas break, and grumble about not going to Davos, there is a natural chance to re-assess the standing of the world economy, and its likely trajectory over the next few years.

Coming to a consistent view on the global outlook, across and within regions, can be pretty difficult and time-consuming to do. As soon as you manage to get something that looks reasonably consistent, there is always a tendency for some bright spark to pop up with a minor piece of data that suggests something a bit different in their particular country. It can also be tricky to manage those people that have a set view of the world, regardless of the facts. And, if your boss is anything like mine, getting stuff signed off can sometimes take far too long (while on other occasions taking no time at all).

Perhaps the worst part about putting economics research together, however, is having to deal with the media team. Most large organisations have one, while smaller firms often ‘farm out’ the work to agencies. The job of the media – or, more properly, public relations (PR) – team is supposed to be to advise on the potential impact of the research and identify possible talking points, both good and bad.

I have worked for several different firms now, and the PR team is nearly always the same. They normally have lots of long lunches and enjoy frequent drinks with journalists, which to be fair is pretty much part of the job. They have a high opinion of themselves, often despite evidence to the contrary (many of them are actually pretty bad writers). They are typically very disorganised, and unable to plan more than two weeks ahead unless you are very lucky. And, worst of all, they normally know very little, if anything, about the subject matter they are reviewing.

This inevitably creates tension when I write about quantitative easing, or US fiscal policy, and end up being challenged by someone with less knowledge than your average Guardian or Telegraph reader. It wouldn’t be quite so bad but for the fact that these PR types insist on only reading the research right before it is published, thereby giving them license to throw everything up into the air at the last minute. But the sad fact is that, while most of my readers understand that deficits can support the level of economic activity in the short term but not indefinitely, my PR team has no idea what deficits do at all.

Things get infinitely worse when these gurus then decide to try to ‘steer’ the research towards the soundbite or headline that they want to get. The desired message is normally wrong, and often backfires. But, convinced of their own brilliance and undeterred by the lack of any discernible expertise in the subject matter, they plow on regardless. Half the time, I swear PR teams are trying to sort out their own mistakes. 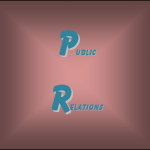 The fundamental problem is that I do not write research for these people, or their friends, or their families. My research is aimed at my company’s clients, who in turn are a bit more sophisticated than our PR team. I have had conversations with more than one investor bemoaning the treatment that research gets from PR types – the general consensus is that they hinder, not help. Investors want to hear my own, unvarnished views, even if they disagree with them. Massaging the message – or worse, the research – is not the name of the game. When politicians throw caution to the wind and say what they actually think, I personally want to applaud – not because they are often correct, but because at least they are being honest. I want to hear the ugly truth.

To be fair, this is partly just me being grumpy after another frustrating run-in with our PR bunch here. But, having done media-sensitive work for a while now, I have a good feel for what works and what doesn’t. (It doesn’t help than most of the UK journalists I know are also a bit brighter than our PR team.) Every time I meet media relations types, I am reminded of the old joke about 100 lawyers at the bottom of the ocean. Personally, I think PR people should join them.