UK hip-hop star WRETCH 32 today announces his brand new single 'Alright With Me' featuring up-and-coming female vocalist ANNE-MARIE and PRGRSHN and will be released through Ministry of Sound recordings on December 4th.

The track, written by Wretch and one of the biggest female talents to come out of the UK Emeli Sande, showcases Wretch's signature feel good rhymes coupled with singer Anne-Marie's bouncing energetic vocals. The funk-driven bass line and old-school hip-hop vibes running throughout keep it feeling fresh with Wretch delivering his distinctive flow and usual lyrical prowess with ease.

Production comes from a dream-team of collaborators featuring Jonny Coffer (Naughty Boy & Beyoncé), legendary dancehall producer Stephen McGreggor, Pantha and Parrallel to get the exact sound and feel that Wretch wanted for the track. Along with PRGRSHN, Anne-Marie was the perfect match for Wretch having previously worked with Rudimental, 2 Inch Punch, Josh Record, Chloe Martini and Illyus and Barrientos.

Since his last single '6 Words' which peaked at #8 in the UK charts and topped the Independent Singles Chart, Wretch also performed at the BBC 1Xtra Urban Proms and has been crafting his upcoming album due next year.

Alongside progressing his own career, over the past 3 years Wretch has been fostering the next generation of hit artists through his own management company Renowned. Working with Top 10 artist Melissa Steel, George The Poet, Jacob Banks and Knox Brown who has been working with the likes of Emeli Sande, Jay-Z and Jess Glynne. 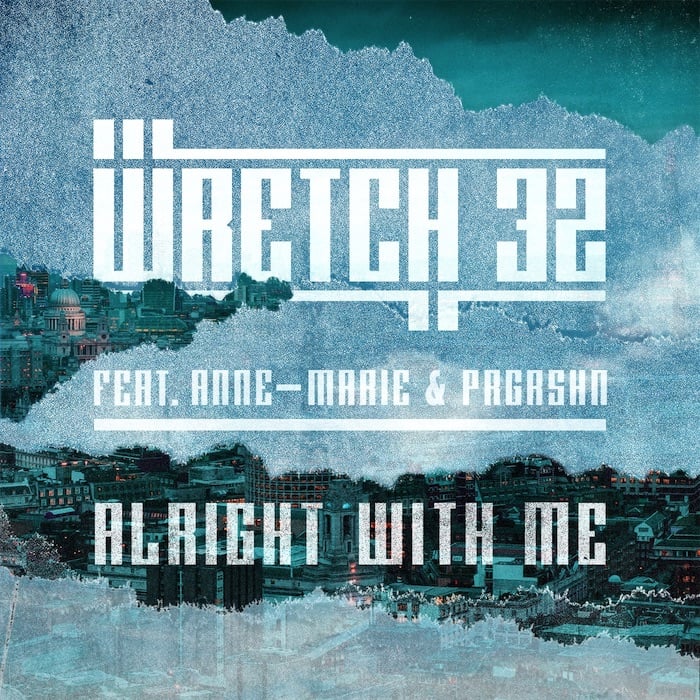 'Alright With Me' feat. Anne-Marie & PRGRSHN is out December 4th via Ministry of Sound Records.

Who is Matt Smith?

The Hurt Locker beats Avatar at the Oscars