The wine and spirit industry is set to save £175 million in additional duty payments following the Chancellor's decision to scrap the Alcohol Duty Escalator according to Budget forecasts.

The decision follows the successful Call Time on Duty campaign, which was spearheaded by the Wine and Spirit Trade Association (WSTA), along with the Scotch Whisky Association and The TaxPayers' Alliance, and saw almost 90% of MPs emailed by their constituents through the www.calltimeonduty.co.uk website.

As a result of the Chancellor's changes, wine duty is set to rise by RPI inflation (2.5%), instead of the expected 4.5%, and spirits duty will be frozen altogether for this year.

"The Chancellor's decision to scrap the alcohol duty escalator a year early and freeze alcohol duty for spirits is fantastic news and will be widely welcomed by consumers and businesses.

"The move will help British pubs, bars, and restaurants up and down the country, and will boost jobs and investment in the great British drinks industry and in the hospitality sector more widely.

"Independent economic research from Ernst and Young has found scrapping the escalator will boost the public finances by £230m and create 6,000 new jobs.

"While we would have liked to have seen a complete freeze on wine duty, this is a positive step and as such the WSTA applauds the Chancellor's decision to scrap the escalator." 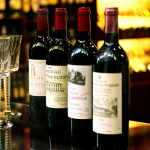 The revised rates are due to come into effect at midnight, Sunday 23rd March. The rate of inflation is 2.47%. This is calculated by using the RPI estimate for September 2014 provided by the Office of Budget Responsibility.