After a one day extension the World Trade organisation was delighted to have struck a deal on a package of measures yesterday, which it says are “…designed to streamline trade, allow developing countries more options for providing food security, boost least developed countries’ trade and help development more generally”.

This agreement is expected to boost global trade by about £1 trillion.

Those involved appeared ecstatic with the result:

“We did it! We achieved what many said could not be done. President Susilo Bambang Yudhoyono told us on Tuesday that the mystique of Bali would have a positive effect on our negotiations. This is the place where deals get done. I am delighted that Bali has not let us down.”

“For the first time in our history: the WTO has truly delivered. I challenged you all, here in Bali, to show the political will we needed to take us across the finish line. You did that. And I thank you for it.”

"It is excellent news that trade ministers in Bali have finally reached agreement. It was a cliff-hanger, and is a triumph for the WTO's Director General, Roberto Carvalho de Azevêdo. 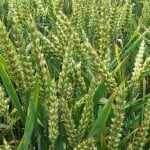 "Trade Facilitation has the potential to enable new and developing markets to play a greater role in the global economy alongside more advanced trading partners. TheCityUK's congratulations go to the Indonesian Trade Minister Gita Wirjawan (Chair of the Ministerial) and the UK's Trade Minister Lord Green (one of the Vice-Chairs).

“Thanks to the Trade Facilitation Package agreed, the agreement should lead to long-term increase in global economic activity and employment across all sectors, including financial and related professional services.

“The package represents a historic deal for the world economy, and a much-needed boost for the WTO as the pivot of the multilateral rules-based system by which international business lives."

"With many British businesses looking further afield at new export markets, this deal is good news.

"The new binding commitments to streamline customs procedures and cut red tape will help British exporters of all sizes to move their products more efficiently around the world.

"Now we need to see ambitious bilateral trade and investment agreements with the US and Japan to provide an additional boost to UK export performance over the long term.”

But the World Development Movement condemned the agreement as “an agreement for transnational corporations not the world’s poor” because exemptions to allow developing nations to ensure their own food security are too tightly constructed and help will be “small scale and diverted from aid budgets”.

Businesses with younger directors are more likely to fail