Over 30Â  protesters have been shot dead by Yemeni government forces with over 200 injured after Friday prayers close to the university at Taghyeer Square in the Yemen capital of Sanaa.

Most of the wounds were to the chest, neck or head which suggests the security forces were intent on killing and not inflicting injuries that could be survived.

A field hospital doctor set up at the Sanaa University spoke to Reuters saying "Ten people were killed and the number is expected to increase because there are 30 people in a critical condition".

Tens of thousands of protesters took part in the protests against President Ali Abdullah and his corrupt government with a trail of people stretching back a mile from Sanaa University.

Many of the government forces woreÂ  plain clothes and fired from the rooftops and houses in the nearby vicinity to the University.

However the violence against the protesters across the Yemen and middle east seems to be strengthening their resolve and adapting their strategies as this wildfire of courage sweeps across North Africa and the Middle East. 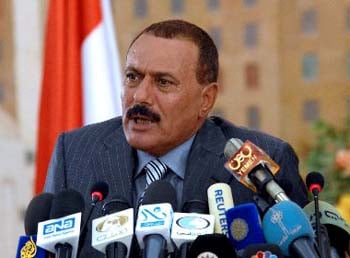 Jonnie Marbles will never need to pay for beer again

MIC CHECK: You say you want a revolution?….