Passers-by would be forgiven today for performing a double take, at what looked like two British political heavyweights taking time out of canvassing.

However, these two aren’t worrying who was first past the post on general election day – they’re preparing for this summer’s other big race in Westminster, the British 10k on 9th July.

The Virgin Sport British 10K takes place in just over one month in Westminster, so to celebrate, infamous lookalike photographer Alison Jackson captured some candid imagery of the current Prime Minister and Leader of the Oppositions dopplegangers working up a sweat across the capital. 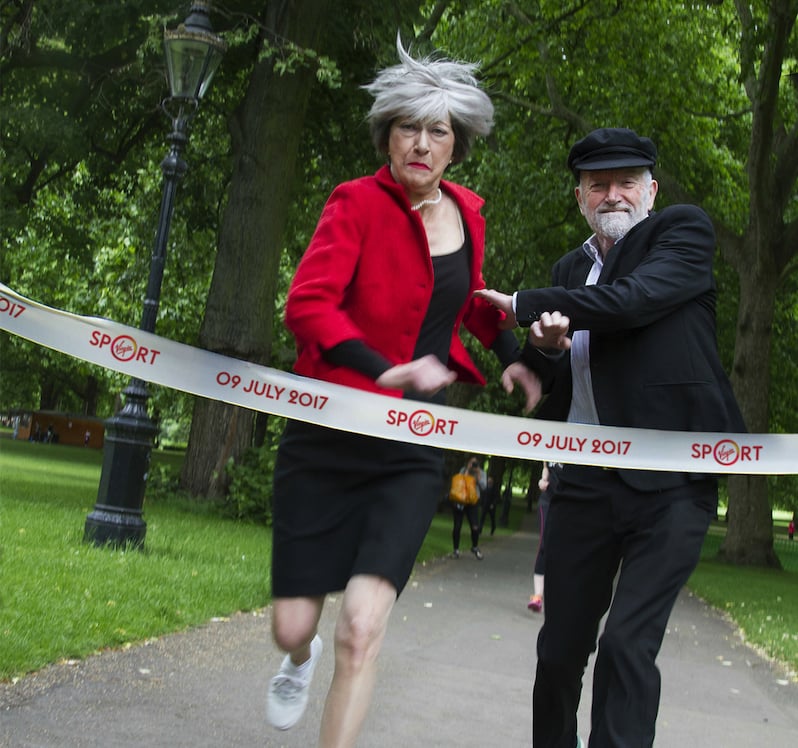 The political elite dead ringers aren’t interested in the results from yesterday, but  are looking forward to the 9th July when the Virgin Sport British 10K route will start on Piccadilly and take in some of London’s most iconic sights.

The hugely popular annual race takes runners down the Embankment and past the likes of Big Ben, Trafalgar Square and Westminster Abbey. The Westminster based event is the first 10k ever to head up London’s famous Regents Street.

I have had my pension valuation through from my insurance company and once again the valuation is poor. Can I transfer this so I can invest it myself?