I recently engaged in a debate on the European Union, something that, as a member of UKIP, I often seem to do. But this was unlike any debate I had before partaken in.

My adversary begun with the usual diatribe of falsities, “three million jobs”, “the UK would be isolated”, “they would stop trading with us” and so on. These economic arguments were easy to counter, and so then I progressed onto the undemocratic nature of the EU, and the waste and corruption that seem to be inherent within it.

This is when the debate reached what was, for me, previously uncharted territory. I had barely finished my opening remark on the sheer volume of undemocratic, EU Commission-created legislation which impacts upon the UK before being hit with a short volley of insults, the centerpiece of which was the accusation that I was a “mindless conspiracy theorist”.

This was the first time that I have received this particular insult, and I think that it deserves a rebuttal. Eurosceptics are not conspiracy theorists. We are based in reality, and follow the laws of evidence and reason. I am aware that this article shall likely be lost into the many excellent articles that help to expose the EU, but if just for the benefit of this one individual, it needs to be written.

Literally translated, democracy means ‘rule by the people’. The European Union is fundamentally and structurally opposed to this concept. Twenty-eight Commissioners, with the help of their many thousands of advisers, staff and civil servants, create legislation. Not one of these people has ever been elected to their position. So the only views that are represented by them are their own. No rule by the people here, instead twenty-eight unelected people form the sovereign executive for 500 million others. 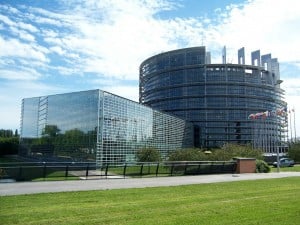 At this point my debating opponent would likely cite the fact that each nation elects Members of the European Parliament to debate legislation in the European Parliament. Alas, this is no answer to the charge. These MEPs, of which Britain’s numbers have declined in recent years from representing a fifth of the chamber in 1979 to just a tenth of it presently, in the words of one Nigel Farage, “can’t initiate, propose or even repeal legislation”. Indeed when the new Commission President was to be ratified by MEPs, Jean-Claude Juncker was the only candidate on the ballot paper, and MEPs were permitted only to vote yes or to abstain! Some democracy!

If a lack of democracy is alarming, the EU’s waste and corruption should cause sleepless nights.

Auditors have not signed off the EU’s accounts for nineteen years now, and for good reason. In 2009 the EU spent €411,000 on a dog fitness centre that was never built, the EU Culture Programme funded the “Flying Gorillas” dance group with €200,000 and €5.25m went on a fleet of limousines for MEPs. A busy year. 2010 was quieter, but still saw the EU give €500,000 to a Swedish fisherman to scrap his vessel. He then spent this on another boat.

More worryingly, in terms of corruption, €1.3 million was paid to an unknown individual named “Father Rambo” and €50m went to Spanish farmers to buy and sell surpluses of fruit. Oddly it was later found that the farmers didn’t exist.

The worst thing in this whole affair is that this wasteful, corrupt institution has its hand in our pockets. The UK donated £10.4bn of taxpayer’s money in 2013 alone. What level of reality are we meant to be operating on when we are told that this is a good deal?

So I say to you, my dangerously positive adversary, the evidence is there. The EU is undemocratic, dangerously inept, and very likely a hotbed of corruption. The UK would indeed be significantly better off outside of it, and it is certainly not the case that you need be a conspiracy theorist to figure this out.