The Green Party is gaining ground every day in the polls ahead of the May 22 European Elections. The latest polling has the Green Party on track to both finish ahead of the Liberal Democrats and achieve the target of trebling the number of Greens in the European Parliament from two to six.

Polling prepared by YouGov Plc on behalf of the Green Party, predicts the Green Party is on course to win 8% of the vote (see polling attached). The poll was conducted between 30 April and 1 May 2014.

The Green Party, which currently has two MEPs (Jean Lambert and Keith Taylor) are neck-and-neck with the Liberal Democrats. Greens are ahead of the Lib Dems in four of the nine English regions (the North-East, the North-West, Yorks and Humber and Eastern Region) with both parties polling on 11% in London.

Thanks to four years of broken promises in Coalition government, the Lib Dem vote is “hollowing out” in London according to election experts quoted in the London Evening Standard.

“By voting Green on May 22 people have the chance to reject the tired and destructive model of business-as-usual politics and vote for the right kind of positive change, change for the common good. This polling demonstrates that people want the real change only the Green Party can deliver.

“We have now entered the election period and Green candidates are finally getting a little more airtime and access. Voters are responding, whereas it seems the more voters focus on the Lib Dems the less likely they are to vote for them."

The Greens believe that if they can snatch 4th place in terms of seats, it is going to force Nick Clegg out. 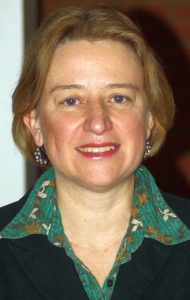 “Two years ago, the Liberal Democrats were split 50/50 on whether Clegg should lead them into the next election. We know that the debates were disastrous for the Liberal Democrats, and his tactical mistake boosted UKIP’s campaign. Clegg’s continued leadership of the party is under threat and the biggest story coming out of this election will be Clegg’s resignation. That will depend on the Green Party result, more than that of UKIP. ”

“When people hear about our worked-through policies – cleaning up our dangerously dirty air, turning the minimum wage into a Living Wage, providing more affordable housing and insulating every home – they vote Green. And when they vote Green they get Green. With a national swing of just 1.7% we can treble our number of MEPs."