US President Barack Obama will beat Republican challenger Mitt Romney, according to the latest YouGov poll. YouGov's central forecast is that Obama will out-poll Romney by 2% of the popular vote, and that heÂ will win 303 Electoral College votes to Romney’s 235.

In one of the most extensive polls ever conducted, YouGov questioned more than 36,000 Americans in 27 states, between 31 October and 3 November. The survey included all the battleground states, and also the largest states such as New York, California and Texas. Together, they put Obama just 2% ahead in the popular vote, but with enough support in the key states to make him the clear favourite to win the 270 Electoral College votes he needs.

Commenting on the findings, YouGov President Peter Kellner said that while the President looks set for re-election, a Romney victory cannot be ruled out. But he would need YouGov's figures – and those of almost all other pollsters – to be systematically wrong. Sources of possible error could include a late swing towards Romney, differential turnout to what the pollsters predicted, inaccurate methodology, or response rates that over-represent Obama’s support. 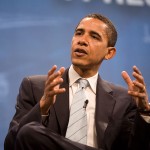 “We are predicting that Obama is going to hang on to the presidency, but by a smaller margin than in 2008. It’s even possible that Obama will narrowly lose the nationwide popular vote and still win the electoral college. Mitt Romney could win one million more votes than Obama across American and still lose the election. There have been elections when the winner of the popular vote has lost the Electoral College, most recently in 2000 when Al Gore won the popular vote, but still lost the election to George W Bush. In such a tight race, no doubt the Democrats are not only concerned about losing the White House, but are also worried about the cloud that could hang over Obama’s second term if he does not win the popular vote. Whatever happens tomorrow, this will undeniably be an historic election,” said Kellner.