Young Greens groups across the country will be backing lecturers and other university staff on strike this Thursday, following a unanimous vote by the Young Greens National Committee to support the industrial action over pay and other issues.

Members of the Green Party’s youth branch will be joining picket lines in Manchester, Norwich, York and elsewhere.

The strike action is over a 13% real-terms pay cut over the last four years and a below-inflation 1% pay offer this year, as well as calls for equal pay between male and female workers. There is currently a £1bn surplus in the higher education sector which the Unite, Unison and UCU unions argue should be used to ensure fair remuneration.

Manchester Young Greens will be joining the action, with Young Greens national Co-Chair Clifford Fleming speaking at a strike rally on the day, where he will say: “We are united against an ideological affront to Higher Education, an affront which has resulted in tripled tuition fees, course closures, cuts, and the shoddy treatment of workers in the sector.

"The attacks to university pay and conditions are part of a broader attack on education by the coalition government, and it’s vital that students support the strike.”

In Norwich, University of East Anglia Young Greens will be joining picket lines on the day. Chris Jarvis, society Equality & Diversity Co-Ordinator, said: “The UEA Young Greens are proud to support our lecturers and other university workers faced with a measly 1% pay offer – a real-terms cut in the income of thousands of staff at the University.

"Students must show our solidarity in the face of the government’s attempts to undermine education and the public sector as a whole. This race to the bottom has to stop. With 15 members of staff at the top paid more than the Minister for Higher Education, decent pay for our cleaners, catering staff, technicians and other workers should be a given”.

University of York Green Party members have launched a student petition in support of the workers taking action. Chair Nick Devlin said: “We are encouraging all students to visit the picket lines during the strike and show some support for the people who keep our university running. This petition is calling for fair pay for all at the University and is a show of solidarity from students. 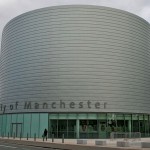 “With the Vice Chancellor paid nearly 18 times more than the lowest paid, it’s time for fair pay on campus – a Living Wage for all and a maximum pay ratio of 10:1.”

The petition is available here, and calls on students to boycott lectures and seminars in support of striking staff.

The strike comes after the launch of a Young Greens report, The Fair Pay League, which shows that the average Vice Chancellor pay is over £248,000, and 1,633 senior staff members in the sector are paid over £140,000 per year – more than enough to pay the nearly 5,000 workers on the Minimum Wage at Universities a Living Wage.

More information on the strike and a petition for those backing the strike to sign is available here: www.fairpayinhe.org.uk/