Under plans to be announced today by the Justice Secretary Chris Grayling a Green Paper will be put forward to propose that independent companies could be set up to provide education and training to young offenders.

These companies would provide education using the free schools model and payment would be by results.

Mr Grayling said that he wants to see a new model "…something like secure colleges, providing education in a period of detention, rather than detention with education as an after-thought". And that he wants young people to get the education necessary to allow them to "…turn their backs on crime for good".

Responding to this announcement by Justice Secretary Chris Grayling to introduce a green paper on education and training in youth custody, Frances Crook, Chief Executive of the Howard League for Penal Reform, said:

“We welcome the fact that the government is concentrating on the educational difficulties of children who enter the criminal justice system. 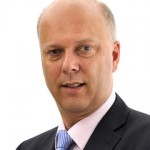 “However, we should never send children to prison to get an education. Confusion is at the heart of these plans, which risk repeating the mistakes of history such as the failing Secure Training Centres where re-offending is sky-high and two children have died.

“Almost all the children who end up in custody could be dealt with in the community and that is the way to get them back into school, college or training.

“If we put this money into community support for children, we would turn their lives around far more effectively. Pouring good money after bad into the failing, dangerous and violent environment of prison won’t solve the problem.”