Britain Will Pay For Many Decades Unless Our Youth Unemployment Problem Is Solved, Warns Employer

"There are over one million young unemployed in this country and they are becoming totally demoralised by the job market. They have to be given confidence in the training and apprenticeships we can offer them. Otherwise, we will be dealing the financial ramifications of our failure for decades to come," said Will Davies – a large scale employer in the construction sector.

Mr Davies was speaking in response to a warning issued by the Prince's Trust this week that thousands of young people are in danger of being trapped in a lifetime of unemployment.

The latest figures release by the Office for National Statistics show that 115,000 18 to 24-year-olds have been unemployed for more than two years and the Prince's Trust called for urgent government action.

"Our young people have been failed by the education system. As an employer I see youngsters leaving our education system every year totally unequipped for the world of work," said Will Davies who is the founder and MD of property maintenance and refurbishment company aspect.co.uk.

David Cameron has spoken of his government's revamp of the apprentice system. More emphasis will be placed on qualification in maths and English, independent assessment and longer schemes.

"Having a basic knowledge of maths and English is obviously a desirable aspiration but at the end of the day skills training will better serve our youngsters than more academic requirements," said Will Davies who is a long-time campaigner for apprenticeship reform.

Mr Davies is a believer in traditional skill-based apprenticeships designed by employers and not government appointed agencies as the best route to employment for none-academic youngsters. 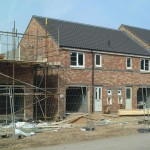 "Improving the standards of maths and English will benefit many youngsters looking for work but there are many social skills and an attitude to the world of work that is totally unacceptable in parts of our young workforce that skill-based apprenticeships can remedy," said Mr Davies.

Will Davies has recently made a submission to the Parliamentary Inquiry into 'Construction and Youth Employment'.

"Generations of employment schemes have failed young workers. Civil servants and outside training agencies (although undoubtedly well meaning) have failed to produce youngsters with employable skills.

"Employers like aspect.co.uk have campaigned for years to be given access to the apprenticeship purse strings," said Mr Davies.

The Skills Funding Agency announced this week that they are investigating the failure of a private training company which received more than £100 million in public finance.

Elmsfield Training had been paid more than £60 million since 2010 to train apprentices for Morrisons supermarkets.